Co-Creation — because the knowledge is in the network 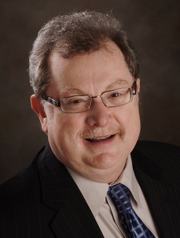 I heard a great talk this morning by Francis Gouillart, who along with Venkat Ramaswamy, authored The Power of Co-Creation: Build It with Them to Boost Growth, Productivity, and Profits

. Iâ€™ve been hearing the term “co-creation” in a number of contexts, so it was really good to get a real feel for whatâ€™s been happening with the concept, and hear real stories about it.

The concept is not unfamiliar to those of us who were engaged in various forms of process, work, and product design in the early 90s. As Francis talked, I wrote down “participatory design,” and “socio-technical” as those early approaches came to mind as he emphasized the core aspect of co-creation: working with all the constituents in the ecosystem of a product or process to understand their needs and working with them to design the product, process, or system.

He shared a great story about how the French postal service used co-creation as the starting point to address problems of low employee morale and declining revenues. The story illustrated, through increments, some of the principles of co-creation:

(I have taken the principles, bolded above, directly from the HBR article by Gouillart and Ramaswamy on this topic.)

A number of the themes within this concept resonated strongly with me. First and foremost, itâ€™s a network story. I strongly believe, and have articulated many times, that “knowledge is in the network,” and that the future belongs to those who understand how to tap into, and to learn how to weave and leverage strong networks. In the HBR article, the story of how the Indian company ITC transformed their agricultural business in India — and the lives and welfare of the farmers on whom they depend — by creating a network built around e-choupals, internet kiosks spread across the countryside that provided information in local dialects on the daily weather, crop prices, and other news; advice on farming methods; and an email service that let farmers interact directly with scientists.

But the kiosks were only part of the “platform.” The real power in the network came as ITC identified lead farmers to manage the kiosks and create local networks around them. The conversations generated around the e-choupals identified new ways that farmers wanted to interact with ITC, so that ultimately ITC created a network of hub facilities, each of which provided higher-level services to 40 or 50 e-choupals. Â These networks continue to create value for ITC at the same time that the experiences of the farmers are continually enriched.

The second theme that emerged for me in listening to Francis is how the process relates to, or could leverage value network analysis. (See also here.) Engaging all the stakeholders in understanding the ecosystem is a core part of the VNA methodology. Also critical is that, as the value network mapping process proceeds with stakeholders identifying each of the exchanges (tangible and intangible) that they have with one another, conversations emerge that speak to the quality of those exchanges. In co-creation terms, itâ€™s about the interactions. I sense something a bit different about how the co-creation process goes a level farther (or deeper) than the VNA mapping and it will take me some time to think about how to introduce this into my VNA practice. But the end result is the same: ensuring that every member of the network receives value from the exchanges, and that ultimately the value network itself is creating value as an ecosystem.

I was still a little curious about how co-creation differs from its socio-tech ancestors, but didnâ€™t get a chance to ask the question. Fortunately, @jackvinson was there and he offered the cogent insight that what is truly different is that the leadership that is promoting the process redesign have, in successful cases of co-creation, let go of requiring a specific result. That is (in complexity terms), in the old days management created too many constraints on the outcome whereas they must now be comfortable with setting looser boundaries and letting real value emerge. (Iâ€™ve been thinking a lot about the role of leaders and setting boundaries the past few days as well, after recent posts by @snowded and @davegray on self-manged teams, but Iâ€™ll save that for another post as well). And, of course, social media has transformed our ability to engage stakeholders in real, ongoing, deeply engaged conversations. What a great new world!

A re-posting on the Value Networks blog of a list of research centers in social network analysis reminded me to take a look at whatâ€™s happening at the University of Kentuckyâ€™s International Research Center on Social Networks in Business which nabbed Steve Borgatti away from Boston a year and a half ago. I noticed a few “managerial essays” that I hadnâ€™t seen before that Steve has written and that are now posted.

Creating Knowledge: Network Structure and Innovation illustrates network structures for innovation, and
Selecting a Team Leader is a short and powerful reminder of how network position can be a predictor of a teamâ€™s success.

I miss seeing Steve around Boston and here in my home town of Harvard.